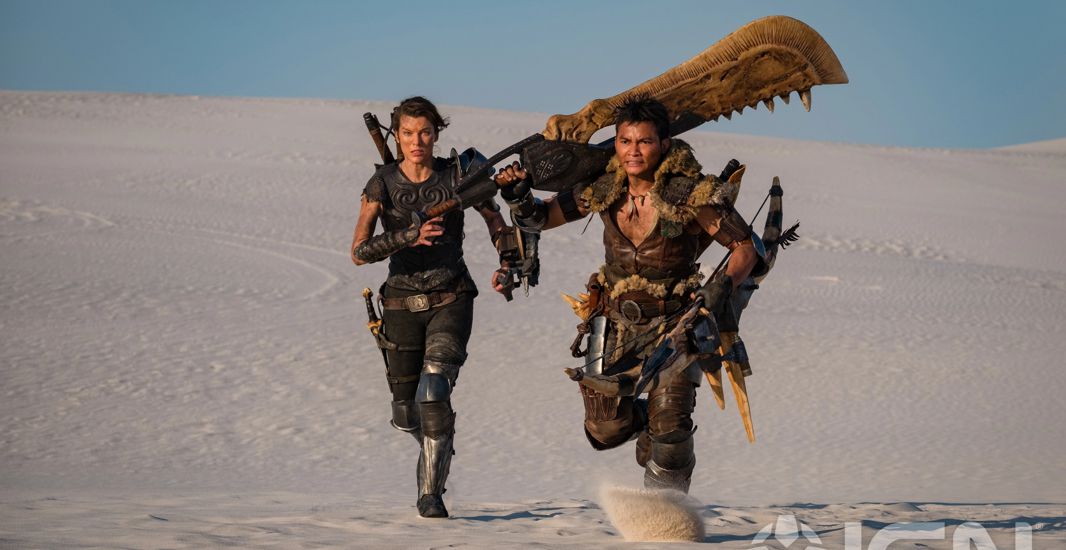 Milla Jovovich will star with martial artist and Ong Bak and Tom Yum Goong star, Tony Jaa, in Screen Gem’s Monster Hunter (2019), a film written and directed by Paul W.S. Anderson, writer and director of the Resident Evil franchise also based on a video game. Monster Hunter (2109) is based on the 2004 Capcom video game of the same name.

In the role-playing video game, Monster Hunter, the players become hunters and go on quests to gain notoriety. They must track and kill monsters and as they play they collect weapons and armors made from the remains of the monsters they’ve slain. Players collect horns, scales and bones and mine ore to progress through the game.

The logline for the film says that “Behind our world, there is another: a world of dangerous and powerful monsters that rule their domain with deadly ferocity. When Lt. Artemis (Milla Jovovich) and her loyal soldiers are transported from our world to the new world, the unflappable lieutenant receives the shock of her life. In her desperate battle for survival against enormous enemies with incredible powers and unstoppable, revolting attacks, Artemis will team up with a mysterious man who has found a way to fight back.”

Tony Jaa plays The Hunter and Milla Jovovich plays Artemis. IGN Africa tells us that “while Artemis is an original character, her armor, and in turn, all equipment in the movie, is taken directly from the games”.

Also starring in the film are Hip-hop artist turned actor, T.I. Harris, who will play a sniper, and Ron Perlman who will play the leader of Hunter’s crew named Admiral.

The film is being shot in South Africa and shooting is set to begin in October 2018.

Filip Ciprian Florian is the fight coordinator for the film.