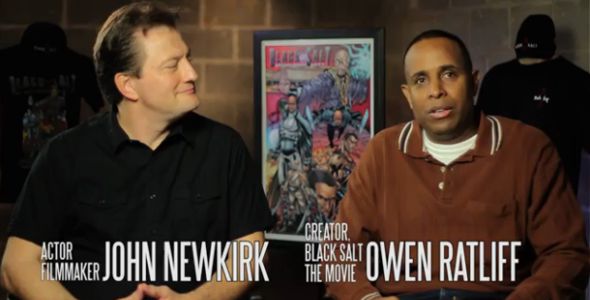 Owen Ratliff, a southern California native, graduated with a degree in marketing and economics from Oregon University.  During this time, Owen observed that the Midwest was brimming over with untapped talent.  A business entrepreneur, he created the independent record label “Ratti Entertainment” as a means to provide and outlet for Midwest Rap, R&B, and hip-hop artists.

“Ratti Entertainment” signed many up and coming artists and also joined forces with other independent labels and their talent.  The outcome was the well-received “Midwest Funk SoundtracK” released in the spring in 1994.  Supported by all major record stores, this compilation album sold over 15 thousand copies, remaining #2 on the store charts for ten consecutive weeks.  These figures impressed a number of record labels, resulting in the creation of “Midwest Funk Vol.  II” which debuted on the billboard charts at number 67.  “Midwest Funk Vol. III” came next and the two albums combined for over 150 thousand copies sold.  The formula was by linking both well-known and local talent including the artists “Twista”, “Souljah Boy”, “Mo Thugs Family” and “Troop.”

Owen’s new clout enabled him access to larger independent labels and use of their artists for his compilation albums.  When the overseas market got in the picture, his sales skyrocketed.  The film industry began to take notice of this young man’s rapid success and offers for both movie and commercial deals were thrown his way.  Owen produced songs on soundtracks for “Bulworth”, “Faking the Funk”, “Learning Curve” and “Blade” as well as various BET movies, several of which went gold and platinum.

Owen, in an effort to create more opportunities for Midwest talent, decided to share his experience and knowledge while expanding their resources.  The “2002/2003 Midwest Music, Movie and Model Expo “Chasing the Dream” was born.  Set in Columbus and surrounding cities, the concept behind this networking conference was to educate and expose upcoming talent to the inside workings of the entertainment industry.  Guest speakers from Los Angeles and New York joined Owen on this venture, offering the Midwest a direct link to the big wigs on both coasts.