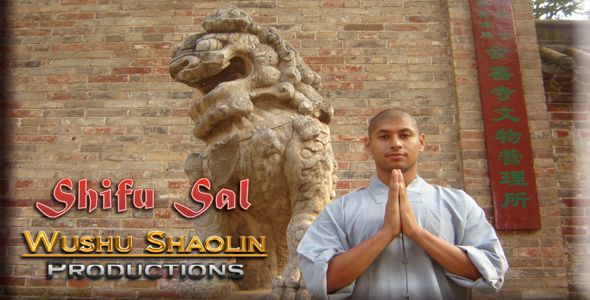 Shifu Sal Redner began studying Jeet Kun Do at the age of 8 in a local YMCA in San Pedro, California. After experimenting in various martial arts including Judo, Aikido, and Shotokan Karate, Shifu Sal began studying Tae Kwon Do with Sensei Ruben Gonzalez. Upon receiving a 1st Degree Black Belt in Tae Kwon Do and Tang Soo Do on January 8th 1999, he began studying Traditional Shaolin Kung Fu under Sifu Manuel Marquez. During a period of 6 years, he studied with numerous Northern Shaolin Kung Fu Sifu’s and Wushu Coaches around L.A. and was titled Grand National Champion in 2002 after defeating many competitors in numerous divisions at the Los Angeles Convention Center.

Shifu Sal Redner is a Fight Consultant for the Black Salt the Movie Short.

The Shaolin Warriors are renowned for their martial arts prowess. On behalf of the tourism bureau of Qatar and Wushu Shaolin Entertainment, a unique live showcase entitled Shaolin Warriors was presented to the Arabic people of Doha Qatar. The team was assembled in Los Angeles, California featuring Shifu Liang Yi, Shane Yan, Alvin J Hsing, Zhenlong Yu and Shifu Sal Redner. The performance was an awe-inspiring experience for all of the Arabic people to see Chinese Martial Arts for the first time in their lives.