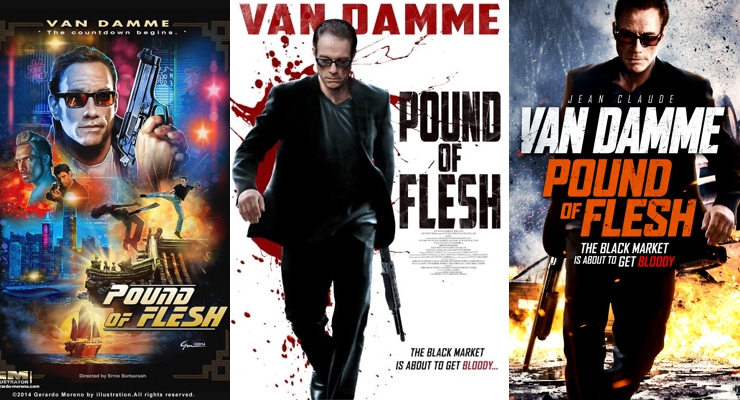 Pound of Flesh (2015) was written by Joshua James and directed by Ernie Barbarash, who is known for Six Bullets (2012) and Assassination Games (2011). The Film stars Jean Claude Van Damme and Darren Shahlavi (RIP) and Charlotte Peters.

In Pound of Flesh (2015), Jean Claude Van Damme plays Deacon, a former black-ops agent specializing in “kidnap and rescue” missions. He travels to Manilla to donate one of his kidneys to his dying niece, but a day before the transplant is to take place, Deacon saves a damsel in distress, Ana (Charlotte Peters), who then takes him out for drinks and a one night stand.  Deacon awakes form his night out without one of his kidneys, and with his nieces life in the balance, he must find the stole the organ and retrieve it. To find the kidney he and his brother George (John Ralston), a religious opposite of Deacon, must join forces as they travel to the under belly of the city where he finds himself in brothels, fight clubs and in the estate of a billionaire, spilling his blood in every place he visits. Time is not only running out for his niece, but he could bleed to death before he finds the kidney, but bleeding to death, or not finding the kidney are not options when family is involved.

Pound of Flesh on IMDb