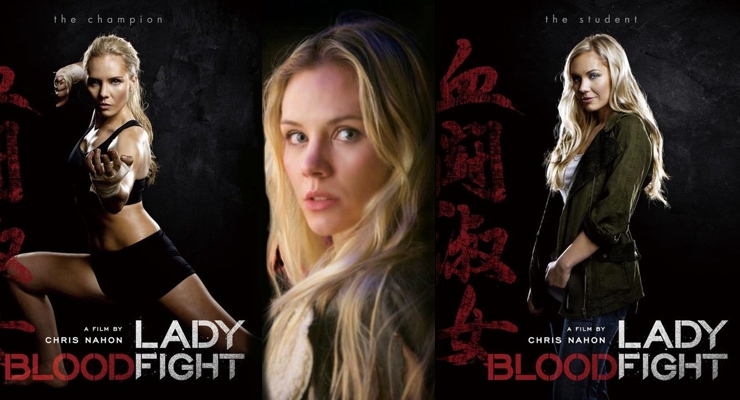 Martial artists Mayling Ng, Jet Tranter, Jenny Wu and Steven Dasz and Andrew Dasz are also in the film, and Xin Xin Xiong is the action coordinator for Lady Bloodfight (2016).

Jane is a beautiful but troubled American girl backpacking her way through Hong Kong. When she successfully fends off three thugs trying to rob her, she draws the attention of Shu, a Wudang champion, who is impressed by her raw street fighting abilities. Shu recruits Jane and trains her to fight in the vicious, all-female, underground martial arts tournament known as “The Kumite.” After months of rigorous preparation, Jane is ready to face off against the deadliest female fighters in the world, including Ling, the apprentice of Shu’s nemesis, Wai, a Shaolin master. Other nefarious forces also lie in the shadows, taking Jane on a journey through the gritty underworld of Hong Kong as she fights to be named the best female fighter in the world.

After months of rigorous preparation, Jane (Amy Johnston) is ready to face off against the deadliest female fighters in the world, including Ling (Jenny Wu), the Chinese apprentice of Oshima’s nemesis. But other nefarious forces lie in the shadows, and Jane and Ling will have to unite on a journey that will take them from the gritty underworld of Hong Kong to the glitz of Macao, before deciding who really is the best female fighter on the planet.

The film is produced by B&B Productions and distributed by Voltage Pictures. Lady Bloodfight 2016 came out on May 5, 2017.