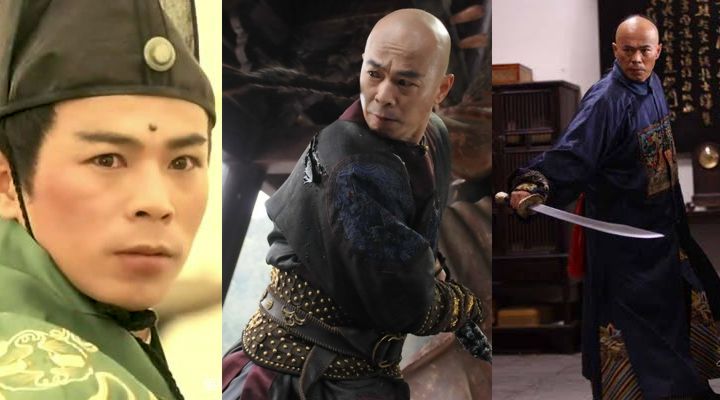 Yan-yan Hung (Xin Xin Xiong) was born on February 25, 1965 in Liuzhou, Guangxi, China. He is a Hong Kong martial artist, as well as an actor, stunt performer and action director. Yan-yan Hung was the stunt double for martial arts superstar Jet Li. He is known for his work oi the films Once Upon a Time in China (1991), Black Mask (1996) and Double Team (1997).

Yan-yan Hung began martial arts at the age of 12. He was placed in a martial arts school after being kicked out of his regular school.

After 12 years of training training, Yan-yan Hung went to Hong Kong and was discovered by filmmaker Kar-leung Lau, who was filming Martial Arts of Shaolin starring Jet Li. Kar-leung Lau hired Hung as Li’s stunt double. In 1988 Yan-yan Hung moved to Hong Kong where he became a stuntman and later an actor and action director. He had a few small roles as an actor and then was hired again as Jet Li’s stunt double for Once Upon a Time in China. Much of the action was too dangerous for Li, who was now well known as an actor and although he was a wushu champion it was not wise to have him performing dangerous stunts. A serious ankle injury also prevented Jet Li from performing stunts as he usually would, so Hung was called on to perform more action than usual. Yan-yan Hung was again Li’s stunt double in the sequel, Once Upon a Time in China II. He also had a role in the movie as the leader of the White Lotus Sect. He was also in Once Upon a Time in China III as Clubfoot, a fighting enforcer who fights Wong Fei-hung (Li) and loses and being terribly injured, he becomes a disciple of Wong. Yan-yan Hung showcases his skills which include his acrobats and electrifying moves.

In 1993 Yan-yan Hung starred as the main villain, Prince Twelve, in Yuen Wo Ping’s Hero Among Heroes starring Donnie Yen as Beggar So Chan. His role was first to be a friend of Yen’s character, but he then turns Yen into a drug addict and betrays him afterwards. Yan-yan Hung continued to star as an actor would followed Tsui Hark to Hollywood in 1998 and make a brief performance in Double Team starring Jean-Claude Van Damme. After working briefly in Hollywood, he returned to Hong Kong. Hung was action director in Chin Siu-tung’s Blacksheep Affair and again in Tsui Hark’s Time and Tide (2000) starring Nicholas Tse. He again went to Hollywood as stunt choreographer and stunt double in The Musketeer (2001).