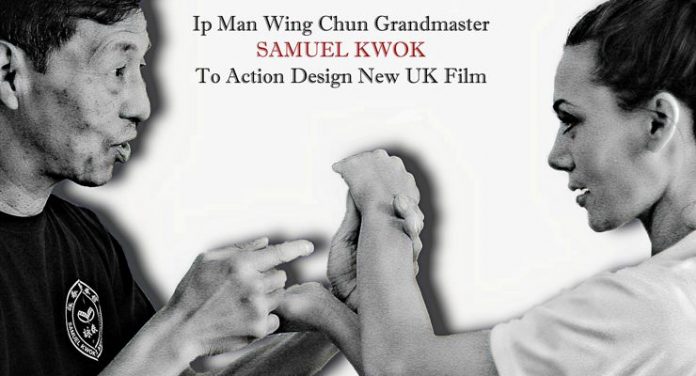 The film’s title and synopsis is actually being a well kept secret until the official film announcement launch which is planned for this summer, although the producers have acknowledged that its working title at present ‘Brutal Dragon’.

Samuel Kwok has already begun to train Zara Phythian for her role in the film. Brutal Dragon action scenes will be heavily influenced by Wing Chun and Samuel Kwok and the team promise the action will be superb. Zara says “Without giving too much away, we talked a lot in preparation for this film and really wanted to bring back some old school martial art content within the modern action we have for this film, I’m really excited about it and working with Grandmaster Kwok directly is simply a fantastic bonus.”

Grandmaster Kwok was very impressed with Zara’s ability to adapt to the Wing Chun following her already vast arsenal of martial art skill. She impressed the whole team with her 7.4 punches in 1 second using the Wing Chun chain punch.

The film project is still in its early development.

Zara is also currently working with Director Bleyaert on the Transit 17 movie which is being shot in Belgium, but the plans are still afoot to launch the new film pre-production campaign.