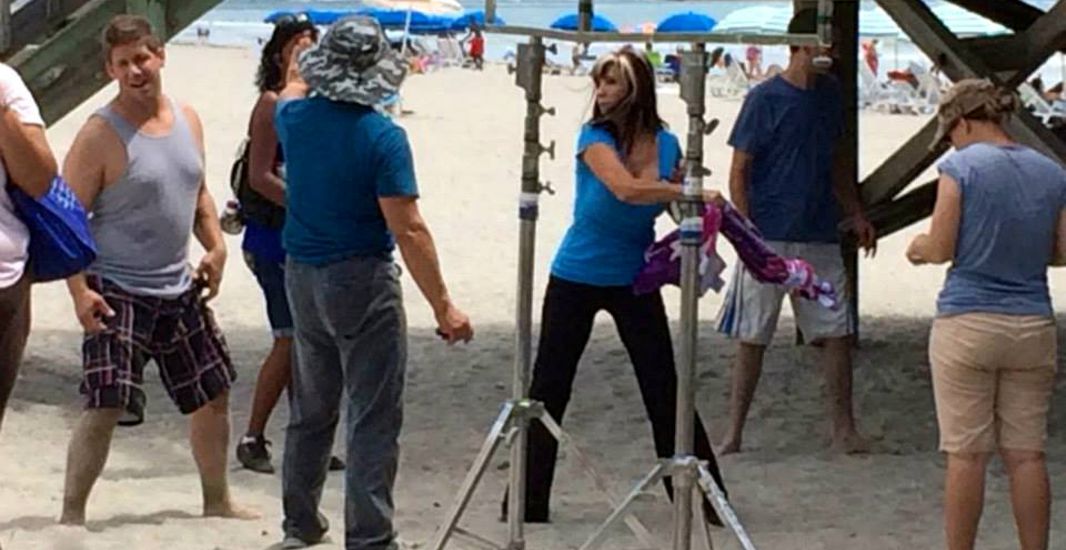 FLORIDA TODAY – June 3, 2014 Filming is scheduled to begin this weekend along the Space Coast for “The Martial Arts Kid,” a movie featuring martial arts stars Cynthia Rothrock and Don “The Dragon” Wilson, a native of Cocoa Beach.

The cast and crew expect to spend about a week filming in Brevard County, including at the Brevard Zoo, the Cocoa Beach Pier and Melbourne International Airport, as well as on the streets of Cocoa Beach.

The feature-length movie is scheduled for a theatrical release in the spring of 2015, according to Michael Baumgarten, director, writer and co-producer, who is in Brevard County this week finalizing locations for shooting. There is a chance the film could debut in October at the Melbourne Independent Filmmakers Festival, he said.

In addition to the martial arts experts, stars will be in Brevard County for the filming include include Kathryn Newton; Jansen Panettiere, who is the younger brother of Hayden Panettiere; and Brandon Tyler Russell.

A number of local residents have been selected as extras for the film. More than 250 people showed up for a casting call in April.

“We’re getting so much support from the community,” said co-producer Ryan Westheimer, who describes Cocoa Beach as “a character in the film.”

The Internet Movie Database lists the plot line of “The Martial Arts Kid” as “a troubled teen from Detroit begins to learn martial arts when he moves to a Florida beach town to live with his aunt and uncle.”

Baumgarten said he was hoping to do more of the filming in Brevard County, but is unable to do so on his budget because of the lack of Florida financial incentives for entertainment industry productions.

Online Check out a video in which martial arts stars Cynthia Rothrock and Don “The Dragon” Wilson talk about their new film, “The Martial Arts Kid’’.