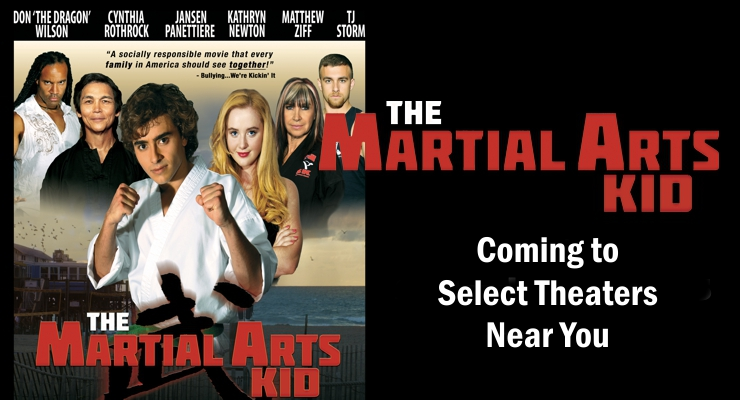 The NEW martial arts movie,The Martial Arts Kid, is slated for a special hosted screening in Seattle at the Regal Thornton Place Stadium 14 & IMAX! This screening is hosted by Seattle “Wushu Center and Robert Deahl and Restita DeJesus of Dynamic Dojo Talkradio. 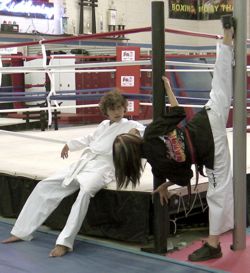 The Martial Arts Kid Seattle Washington, screening will take place on Wednesday, November 18, 2015 and is also playing in other theaters throughout the United States. We are inviting you to join us to preview The Martial Arts Kid. Please purchase your tickets online before the event. Bring your martial arts schools for this great new film directed by Michael Baumgarten and produced by martial artists, James Wilson, Cheryl Wheeler and Ewart Chin. Get your tickets now, before we sell out!!!

The Martial Arts Kid film is about a troubled teen from Cleveland who experiences bullying in Cocoa Beach, Florida. He studies Martial Arts and gains confidence and self-defense skills along with learning respect and how to stand up for what is right. “The Martial Arts Kid” stars Don “The Dragon” Wilson as Glen, Cynthia Rothrock as Cindy, Jansen Panettiere as Robbie and Kathryn Newton as Rina.  It is a great family film for all ages. The film is directed by Michael Baumgarten and produced by Cheryl Wheeler-Sanders. Bring your neighbors, friends, or anyone who loves great family films!!!