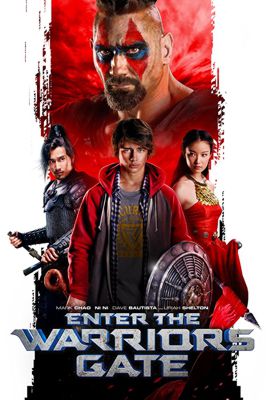 Enter The Warriors Gate (2016) was filmed on location at Hengdian World Studios in Jinhua, China and in British Columbia, Canada.

In Enter The Warriors Gate (2016) a teenager is magically transported to China and learns to convert his video game skills into those of a Kung Fu warrior.