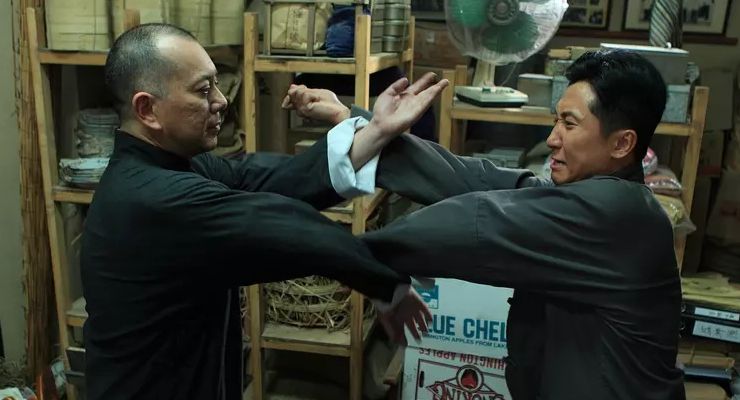 Ip Man: The Final Fight (2013) is a Hong Kong biographical martial arts film directed by Herman Yau with a screenplay by Erica Lee. The film stars Anthony Wong, Anita Yuen, Jordan Chan, Eric Tsang and Gillian Chung. The story is based on the life of the Wing Chun grandmaster Ip Man. Ip Man: The Final Fight (2013) has no connection to the earlier Ip Man films, such as Wilson Yip’s Ip Man and Ip Man 2, and Wong Kar-wai’s The Grandmaster.

Legendary Wing Chun grandmaster Ip Man, who has been suffering from chronic gastric pain, travels alone to Hong Kong in 1949. He begins teaching Wing Chun on the rooftop of a building which houses a hotel staff’s general association. He meets and accepts new students, including Tang Shing, Leung Sheung, Wong Tung, Lee King and Sei-mui Chan. During that period of time, Ip Man’s wife, Wing-sing Cheung comes to Hong Kong to join her husband, but because life in Hong Kong is so difficult, she returns to Foshan shortly after her arrival. Ip Man and Wing-sing Cheung never see one another again as she dies not long after returning to Foshan. After his mother’s death, their son, Ip Chun, comes from Foshan to Hong Kong to join Ip Man. 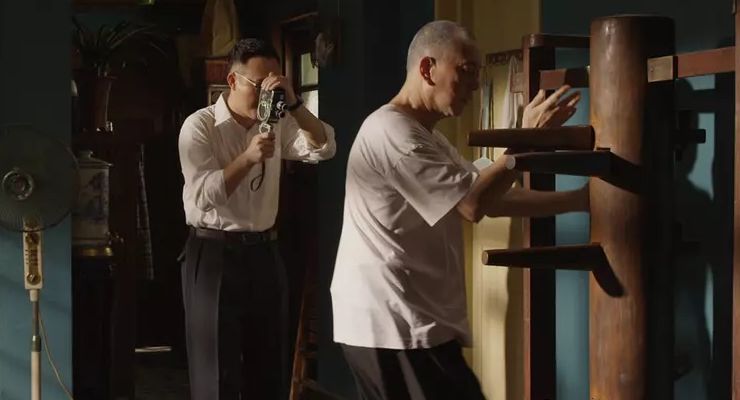 Ip Man: The Final Fight (2013) is a more realistic portrayal of Ip Man’s life in Hong Kong. He struggles against the unpleasant fortunes of his life and the fact that he has to cope with extreme stomach pain. After his wife’s death, Ip Man begins a relationship with a singer named Jenny (Chuchu Zhou), even though his students are against the relationship. Ip Man also gets into conflict with Ng Chung (Eric Tsang), a White Crane Style master, but they do eventually become friends. When Wong Dong (Marvel Chow) gets into trouble with a mob boss called Local Dragon (Xin Xin Xiong), Ip Man and his students come to Wong’s rescue. Ip Man then defeats Local Dragon in a fight, and he captures him, and gives him over to the police. After the fight, Ip Man meets Bruce Lee and two of Lee’s students very briefly. At the end of the film, Ip Man is seen practicing his Wing Chun on a wooden dummy and the training session is being filmed. This scene is followed by actual footage of the real Ip Man practicing his Wing Chun on a wooden dummy.