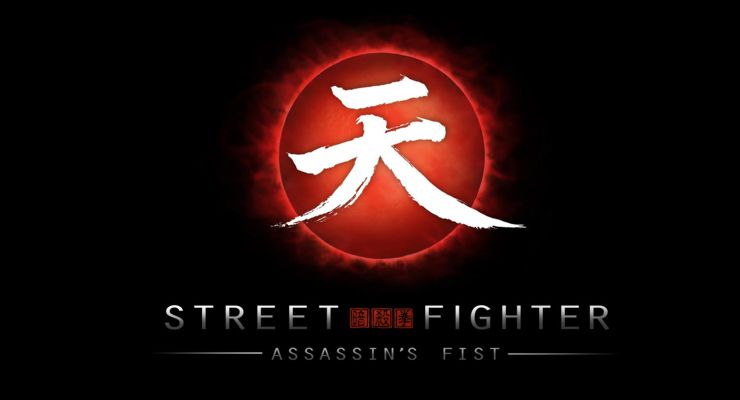 To be called Street Fighter: Assassin’s Fist, this thrilling, multi layered series will take the audience back to the formative years of the iconic characters, Ryu and Ken, as they live a traditional warrior’s life in secluded Japan. The boys are, unknowingly, the last practitioners of the ancient fighting style known as Ansatsuken (Assassin’s Fist). The series follows them as they learn about the mysterious past of their Master, Gouken, and the tragic and dark legacy of the Ansatsuken style. Can their destiny be changed…or will history repeat itself?

Street Fighter: Assassin’s Fist is the brain-child of Joey Ansah, is being brought to the screen by the core team behind the hugely successful fan movie ‘Street Fighter: Legacy’.

Street Fighter: Assassin’s Fist will be what fans have been waiting for. Legacy was a taster; a glimpse of what a live-action Street Fighter should be,” said Joey Ansah, announcing the movie. “This takes the story right back to the start – the origins and motivations of Ryu, Ken, Gouken and Akuma. This will become the definitive back-story from which further epic adventures will follow.”

Street Fighter: Legacy received a rapturous reception from fans and critics, becoming one of the most successful YouTube movies of all time in the film & animation category, with over 8 million views. Christian Howard, who starred as ‘Ken’ in ‘Legacy’ and has co-written the script for ‘Assassin’s Fist’ with Joey Ansah, said, “Our priority is to stay true to the appearance, fighting techniques and canon of the Street Fighter game. At the same time we’ve managed to make this an emotion and character driven story, which will surprise viewers who might just be expecting a super faithful fight fest!.”

The series will be directed by Joey Ansah who, as Desh, was part of one of the most celebrated movie fight scenes of all time, in The Bourne Ultimatum; and was recently at the heart of the action in Snow White and the Huntsman; and is in the forthcoming The Numbers Station with John Cusack.

The series was announced by Capcom’s Producer for Street Fighter, Yoshinori Ono at Comic-Con 2012 (San Diego), and will be distributed worldwide by Content Media Corporation for a release in 2013.