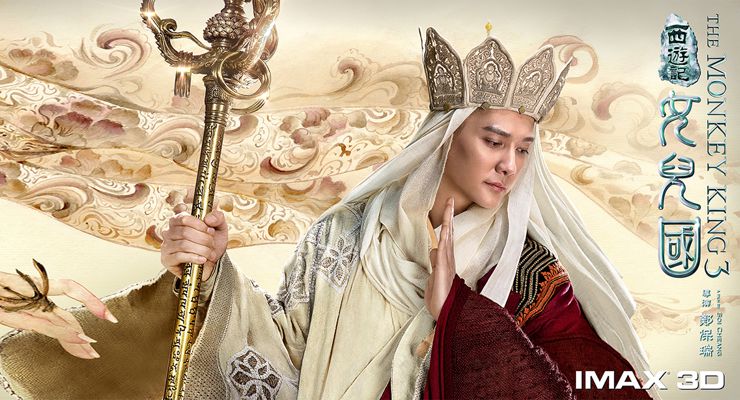 The Monkey King 3: Kingdom of Women (2018) sees the return of the Monkey King (Aaron Kwok) in another action-packed adventure. While continuing their epic journey to the West, they enter into an all-female territory in the Xi Liang nation known as Women’s Country. There they meet the ruler Queen of the country (Liying Zhao) and the Monkey King and his companions are taken captive by the Queen because she believes that they are part of an ancient prophecy that will cause the fall of her kingdom. With a lot of sorcery and a little bit of charm, the travelers devise a plan to escape. Sun Wukong / Monkey King (Aaron Kwok) suggests that Tang Sanzang should pretend to marry the Queen and then they will lie to the Queen pretending to send his three students to fetch the scriptures in place of him. Later, Tang Sanzang pretends to see his students off and after the four of them are safely outside the city he escapes with Sun Wukong’s help. After all their trickery angers the mighty River God, they realize their actions might bring about the foretold destruction and unless they can find a way to quell her wrath, the kingdom will fall.