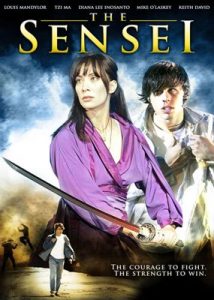 Set in Colorado, the story takes place in 1985 during the rise of the AIDS panic. McClain Evans is a gay high school student, who is constantly the target of bullying and beatings in his town. Karen Nakano O’Neil (Diana Lee Inosanto) is a woman haunted by the death of her pro-boxer fiance, Mark Corey (Louis Mandylor). After a five-year absence, she returns home to her family, who run a successful martial arts school. When McClain Evans (Michael O’Laskey) is attacked by three local teens, his mother, Annie, (Gina Scalzi ) asks Black Belt Karen O’Neil to teach her son martial arts so he can defend himself. Karen’s family is fearful of anti-gay retaliation, so Karen trains McClain secretly, at night. When word of the training reaches Karen’s family, and the small-town community, violence erupts, and family and friendship are challenged, forcing Karen to reveal her own dark and tragic secret to those she loves most.