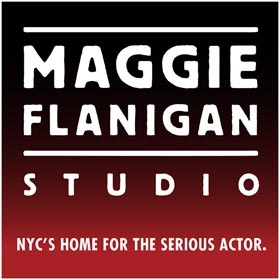 Posted February 11, 2015 – Maggie Flanigan Studio
In a recent issue of Entertainment Weekly, Jeff Labrecque writes about the incredible influx of British actors in America, and the crisis in American acting that is unfolding. He states that it comes down to one major weakness: training. I believe that the American actor is lazy. The thousands and thousands of twenty something’s who flock to LA or New York, pursue not art, but fame and celebrity. The British actor however, spends years training their instrument. They collectively realize the importance of a resonant voice, clear speech, a pliable body, and a versatile temperament. They also hone their craft on the stage. Harold Clurman spoke of this in the 40’s and 50’s as America found resurgence in actor training thanks to the Group Theater and the amazing artists that went on to influence the future of the art form. Sanford Meisner, Lee Strasberg, Stella Adler, Bobby Lewis, and Elia Kazan understood how important well-rounded training was to the actor (these are not the only influential teachers to be sure). This no longer resonates today.

I can’t tell you how many young actor’s in their 20’s tell me that they are too old to commit to two or three years of serious training. They want “to start working now”. It’s hard for them to understand that acting is an art form that requires craft and technique. British training is connected to a dynamic repertory system that allows actors to forge their skills on the stage. They are not fooled into believing that you can take a “six-week camera class”, or a “scene study” with some unemployed actor, and develop as a well-rounded artist. Here in America however, that is the lie pedaled to the naïve. Actors in this country are fooled into thinking that they need to spend their money for the opportunity to get in front of a casting director or agent. That’s now the popular fraud in NYC and LA. Rooms are filled with inexperienced, untrained wanna-be’s who flush money down the drain. They may book two lines on Law & Order, or a GAP commercial, and those “successes” are used to lure in more dreamers – “See!, we produce working actors!”

As a result, training has continued to lose its importance. We now see the result; great parts, complicated character work given to the better-trained British actor. In order for the American actor to stem the incredible influx of the British, a commitment to developing the complete artist must become a priority. An understanding that craft and technique is essential, and a realization that talent by itself doesn’t mean a damn thing, is a good place to start. As with any artist, the actor must develop mastery over her/his technical instrument: voice, body, and temperament. Training and obsessive hard work is the only thing that will make that a possibility.