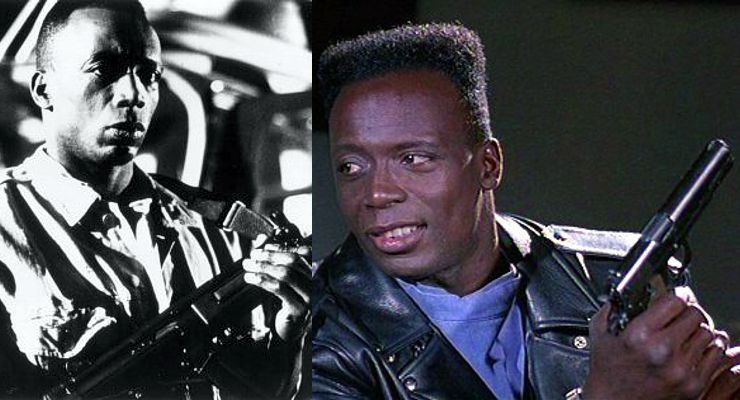 Billy Blanks is the incredible sports star turned actor who invented the popular “Tae Bo” fitness system, which he derived from his extensive training in the martial arts, boxing, dance and aerobics, hence tae for tae kwon do and bo for boxing. Billy had studied dance with Alma Ellie for over twelve years and performed in The Nutcraker and other ballets. He began dancing to improve his martial arts skill. He was able to bring all these sports together to produce one of the most popular fitness systems of all times.

Blanks was born in Eerie, Pennsylvania in 1955 and grew up as one of 15 children. As a child he battled dyslexia and an anomaly in his hip joints that impaired his movement. As many before him he watched Bruce Lee in the Green Hornet and this got him excited about martial arts. In spite of his physical issues, Billy began training in the martial arts when he was around 12 years old. He went on to achieve Black Belts in Tae Kwon Do (7th Degree) and in kung fu (4th degree). He is a 7 Time World Karate Champion who was nationally ranked from 1982-1989 by Karate Illustrated. Billy was the 1975 Amateur Athletic Union Champion and that year he was invited to try out for the US Karate Team. After fighting in 24 matches in one day, he made the team. By 1980 he was Captain of the US Olympic Karate Team, a Member of the US Karate Team, and he won 36 gold medals in international competition. In 1982, Billy Blanks was honored by induction into the Karate Hall of Fame. He was the 1984 Massachusetts Golden Gloves Boxing Champion  and the Tri-State Golden Gloves Champion of Champions. Billy Blanks was the number 1 or number 2 rated full-contact karate fighter in the United States for almost seven straight years. He posted over 300 career victories. His epic battles with Steve “Nasty” Anderson are legends among martial arts fans.

Billy Blanks was first seen on movie screens in the mid 1980’s playing tough guys. He used his superb athleticism and grim facial expressions in his roles. His film role in Driving Force (1989) came when he was the bodyguard for actress Catherine Bach (Daisy Duke in the Duke’s of Hazard) in Manila. When one of the black actors in the film was fired, Billy was asked to read for the part. He impressed the producers that they gave him the role in the film. He was then given roles in several martial arts films including the first Bloodfist (1989) with Don ‘The Dragon’ Wilson and King of the Kickboxers (1990) with Loren Avedon.

Next came Tango & Cash (1989) and Lionheart (1990). In 1991, Billy Blanks auditioned for the minor role of drug addicted running back, Billy Cole, in the explosive The Last Boy Scout (1991) where the opening scene made Billy recognizable to mainstream movie goers. This lead to the sharing of lead billing in many low budget, high action films like Talons of the Eagle (1992), TC 2000 (1993) and Expect No Mercy (1995). He made the video Tough and Deadly (1995) with Richard Norton and wrestler/boxer Roddy Piper. He played himself in the movie Jack and Jill (2011).

Billy Blanks will be seen in Devotion (2017) with fellow martial artists Matthias Hues, and Don ‘The Dragon’ Wilson and Dark Moon Rising (2015) with Eric Roberts.

In the late 1990s, Billy came up with an innovative home workout routine called Tae Bo and it spread around the world like wildfire. Tae Bo propelled Billy into one of the world’s most recognized fitness trainers and his program became one of the biggest selling fitness programs available. Billy Blanks continues to refine his unique Tae Bo fitness system and to promote it to others looking to get in shape. He also owns and operates Billy Blanks Tae Bo Studio and Billy Blanks Ancient Arts Studio in Dana Point, California where he teaches Tae Bo Fitness, Tae Kwon Do and offers personal training. 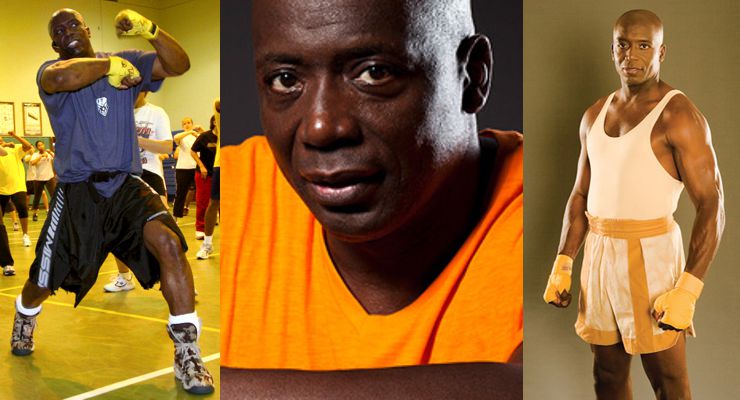 Billy Blanks had one of the greatest karate fight records in the sport’s long history. Blanks was a 7-time world karate champion, the first Amateur Athletic Union Champ in 1975, the 1984 Massachusetts Golden Gloves Boxing Champion, and the Tri-State Golden Gloves Champion of Champions. He was the captain of the United States Karate Team and won over 30 gold medals in international competition. He was the number 1 or number 2 rated full-contact karate fighter in the United States for almost seven straight years. His epic battles with “Nasty” Anderson are legends among martial arts fans. He posted over 300 career victories. In 1982, Billy Blanks was honored by being inducted into the Karate Hall of Fame.