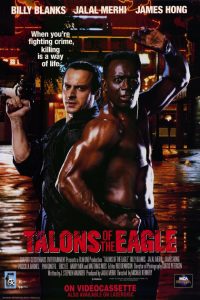 After 3 DEA agents are killed by Mr. Li, martial arts champion Tyler Wilson is sent on assignment to Toronto and teams up with Michael Reeds. Wilson and Reeds enter a martial arts tournament, where they end up saving Mr. Li from being killed by a rival crime boss. Li invites the two to join his staff. As Wilson and Reeds get closer to the truth about Li’s operation, they gather the needed evidence, but will have to escape Li, alive.