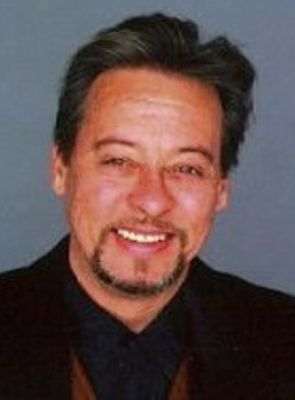 Martial artist Dean Harrington is a noted practitioner and teacher of the internal arts of China which he as been involved with for over 35 years. He teaches Guang Ping Yang Tai Chi Chuan in Tokyo.

He has also been professionally involved in film and video production for over 20 years. In the early 1970’s he trained at the Julian theatre company in San Francisco. In the 1980’s he began working as a stuntman and actor with John Woo and Ringo Lam and other notable directors and actors in the Hong Kong film industry. He also worked in films in the United States, Europe and Japan, most notably Returner (2002) directed by Takashi Yamazaki and As an actor he can be seen in films like Born To Defense (1986), Kickboxer (1989) and The King of the Kickboxers (1990). He has also been notably involved in voice work in the Japanese game industry since the beginning of that industry in games including Tekken 2 (1995), Resident Evil (1996) and many others. He has also voiced commercials, documentaries, corporate videos and feature films.

While working as an assistant sound-FX editor with William Oliver on the Hong Kong feature Big Heat in the 1980s, Dean Harrington became involved in the technical side of film making. He then became involved with the independent film maker Karl Neubert and his award winning The Turns of the Wheel (1998) and he produced his first documentary In the World of Acupuncture shot in China and Japan on Hi-8 video in the 1990s. He was one of the founding directors of Tokyo International Film Shorts in the late 1990s that took place at the fabulous Blue Note Jazz Club in Tokyo.

Dean Harrington is a producer and director at SpinfishTV in Tokyo. He brings a wealth of experience and vision to video production that encompasses work in front of the camera and as well as behind the scenes.