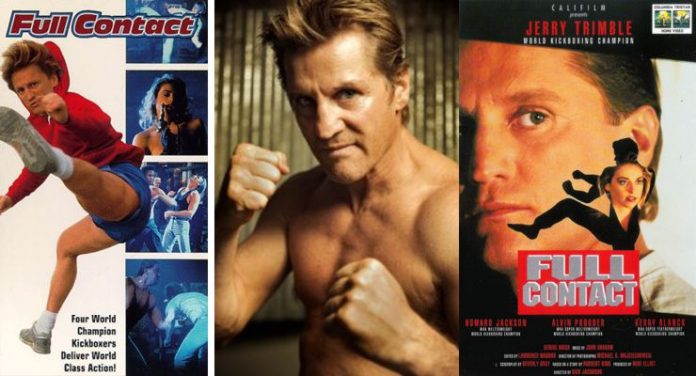 In Full Contact (1993) Luke Powers (Jerry Trimble) travels to L.A. to find that his brother has been murdered in a back alley martial arts tournament. Luke enters the tournament circuit to try to flush out his brother’s killer. With the help of a trainer and former fighter, Lucke enters what he thinks will be a victorious battle.