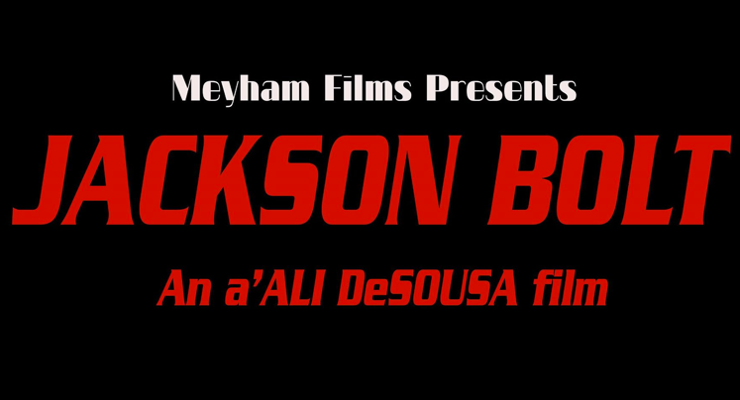 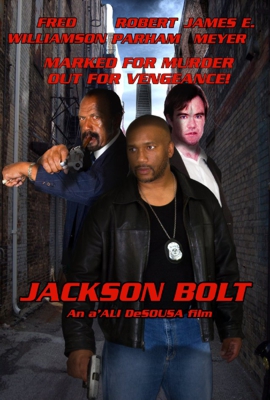 Jackson Bolt (2016) is an action-adventure drama starring Fred Williamson and Robert Parham, Adi Alfa , R. Marcos Taylor and James E. Meyer.  The film is directed by a’ Ali DeSousa and Vert Wright is the director of Photography. The script was written by real estate agent, Jim Meyer. Jim Meyer and Robert Parham formed Meyham Productions and they serve as Executive Producers for Jackson Bolt. Filming began in June of 2015 in Solano County.

Robert Parham would love to be part of bringing the great black heroes of the ’70s back to theaters, men like Jim Brown, Fred Williamson and Jim Kelly. These films won’t be about special effects, but rather about a great story line with a subtle message.

Robert Parham plays a fighter turned cop who is framed for the murder of his partner. Jim Meyer plays a pimp turned hitman.

Jackson Bolt (2016) has been nominated for and won numerous awards. Here are the wins: