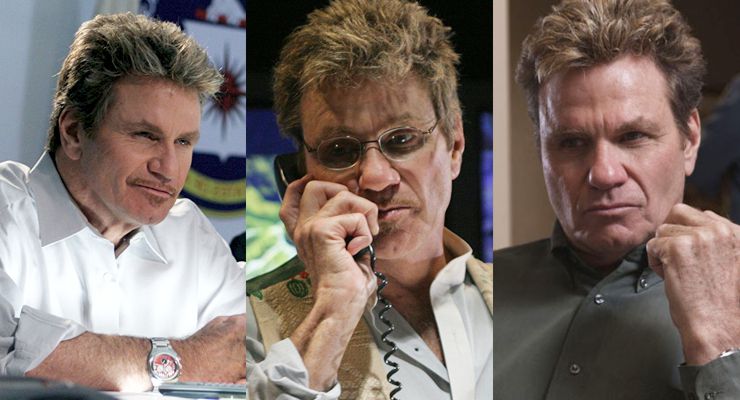 Martin Kove was born on March 6, 1947 in Brooklyn, New York. He is a strong featured, narrow eyed actor who has portrayed both good guys and bad guys. He first turned up on screen in several minor roles, and got himself noticed as the villainous “Nero The Hero” in the low budget road race Death Race 2000 (1975), and then as “Clem” the sadistic rigger, breaking Jan-Michael Vincent’s ribs in White Line Fever (1975). He cropped up in the hit TV series Cagney & Lacey (1981) as honest Police Detective Isbecki, and then got on the wrong side of rampaging Sylvester Stallone in Rambo: First Blood Part II (1985). 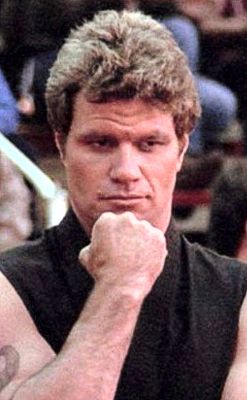 Martin Kove appeared as George Baker in the CBS series Code R (1977) about the emergency services (fire, police, and ocean rescue) in the California Channel Islands. His co-stars were James Houghton, Tom Simcox, and Joan Freeman. He also starred in the science fiction series Hard Time on Planet Earth and made guest appearances on several television programs including Gunsmoke, Three for the Road, Kojak, Quincy M. E. The Incredible Hulk, Hercules: The Legendary Journeys,The Streets of San Francisco, and Black Scorpion. In Kung Fu: The Legend Continues Martin Kove appeared as the Shadow Assassin in two episodes.

In 2007, Martin Kove appeared in the No More Kings video “Sweep The Leg, a parody of his Karate Kid character. He appeared on Tosh.0 as his character from The Karate Kid, John Kreese, where he spoofed the final fight on the Board Breaker Web Redemption. At the end of the skit, Daniel Tosh, dressed as Mr. Miyagi, honks Martin’s nose, a reference to Mr. Miyagi’s action in the scene at the beginning of The Karate Kid, Part II.

Martin Kove has continued in the industry, amassing over 80 film appearances and numerous TV guest roles. He is currently playing Frank in Assassin X aka The Chemist, directed by Art Camacho and will play in To Be the Best: The Road Back also with Director Art Camacho.

Martin Kove studied Okinawa-te Karate under Gordon Doversola Shihan, who also trained Jim Kelly and Joe Lewis and many other martial artists. Gordon Doversola also worked in the entertainment industry as is known for his work on Honey West (1965), The Manchurian Candidate (1962) and The Man from U.N.C.L.E. (1964). He also studied Kendo and enjoyed sword fighting. 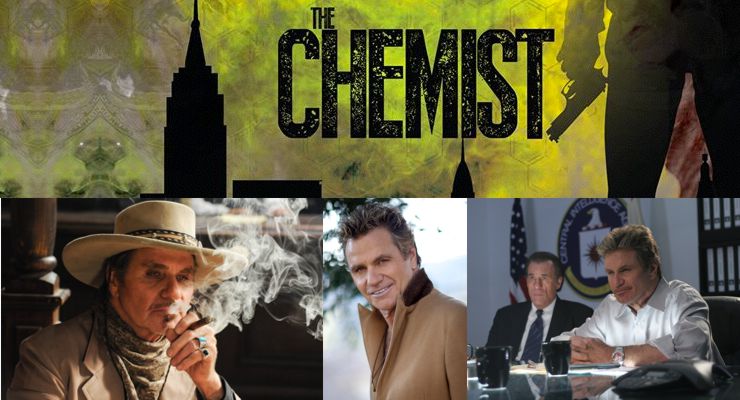 Martin Kove Joins the Cast of The Chemist (Assassin X)

Throwing Star Films is pleased to announce that Karate Kid’s Martin Kove has signed on to play Frank in the  film, The Chemist. 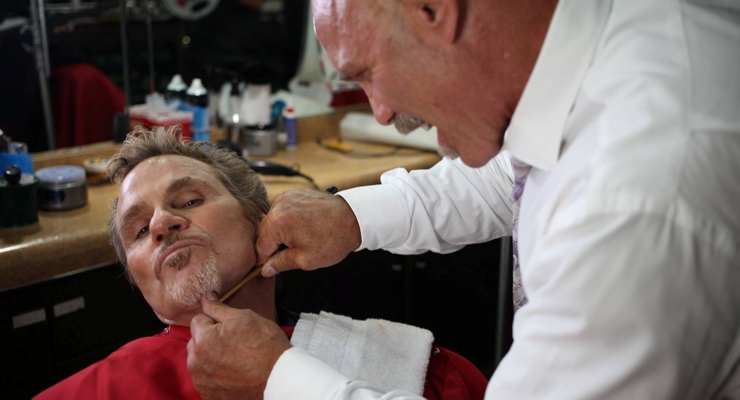