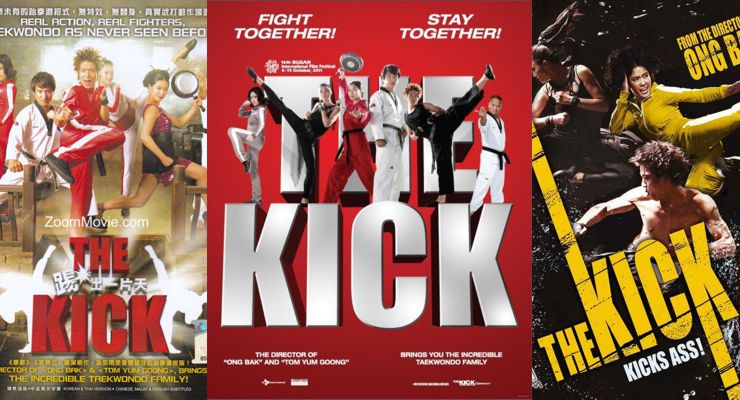 The Kick (2011) is a Thai martial arts film, directed by Prachya Pinkaew that follows a Korean family of Taekwondo experts who immigrate to Thailand.

In The Kick (2011), Moon is a Taekwondo master running an old Taekwondo gym in Bangkok. All five members of his family are also masters of Taekwondo in different styles: his wife Yoon in cooking style, son Taeju in dancing style, daughter Taemi in soccer style, and the youngest Typhoon can break anything with his strong forehead.

Moon wants his children to be Taekwondo coaches to take over his gym in the future. However, regardless of their father’s will, Taeju wants to be a famous pop singer and Taemi is only interested in her secret crush at school.

One day, Moon’s family encounters a group of treasure thieves on the street, and are soon involved in a fight with them. With their impressive martial art skills, Moon’s family is able to defeat the thieves and take back the stolen treasure. Pom, the leader of the gang, is the only one to escape and threatens revenge.

Moon’s family becomes more popular in the public eye, not knowing when or where Pom will get his revenge.