Home Who's Who Bey Logan 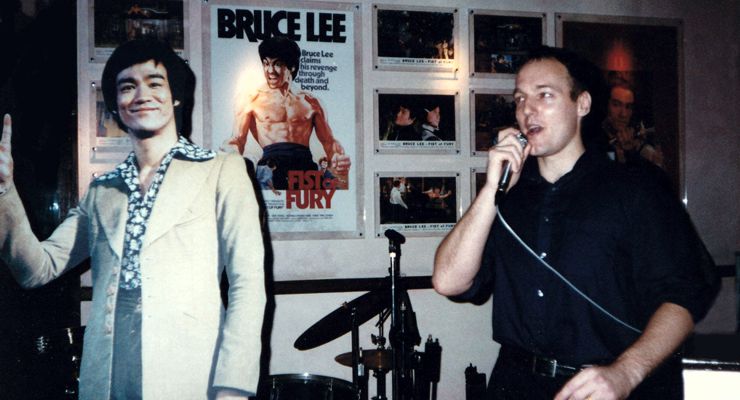 Martial Artist Bey Logan is an actor, producer and writer. He is the writer of Jackie Chan’s The Medallion. He wrote the screenplay for and produced Lady Bloodfight. He was the Executive Producer of Kickboxer: Retaliation.

Bey Logan was born in Stamford, England, UK. He was educated in Uppingham Public School in Rutland. He has been a resident in Hong Kong since 1995. He is the former editor of ‘Combat’ and ‘Impact’ magazines and a former employ of the Media Asia Group and subsequently Emperor Multimedia Group.

Bey Logan own and operated a production company, Shankara Productions, in partnership with actress Maggie Q. He was employed as the Asian Vice-President for the Weinstein Company. Currently Bey Logan runs a Hong Kong based film company, B&E Productions.

Bey Logan is a practitioner of Hung Gar kung fu and studies Tibetan Buddhism. He has the same initials as his idol, Bruce lee and Bey became a writer for the old Bruce Lee poster magazine Kung Fu monthly.

Bey Logan met Jackie Chan in the early 1980’s and Logan has written many scripts for Jackie Chan. Beside writing scripts, Bey has also provided the commentary tracks on virtually all Hong Kong films released on DVD with the UK distributor, Hong Kong Legends. and then He is also the author of the book Hong Kong Action Cinema.

Here is a list of Bey Logan’s top pick of kung-fu movies:

Bey Logan has also written his first novel, The Blood Bond (Volume One of the Shadowguard Saga) which is based on the original script for the film Shadowguard. The novel is described as “a stylish, fast-paced thriller, set against an exotic Asian backdrop, with larger than life characters and dynamic action scenes”.