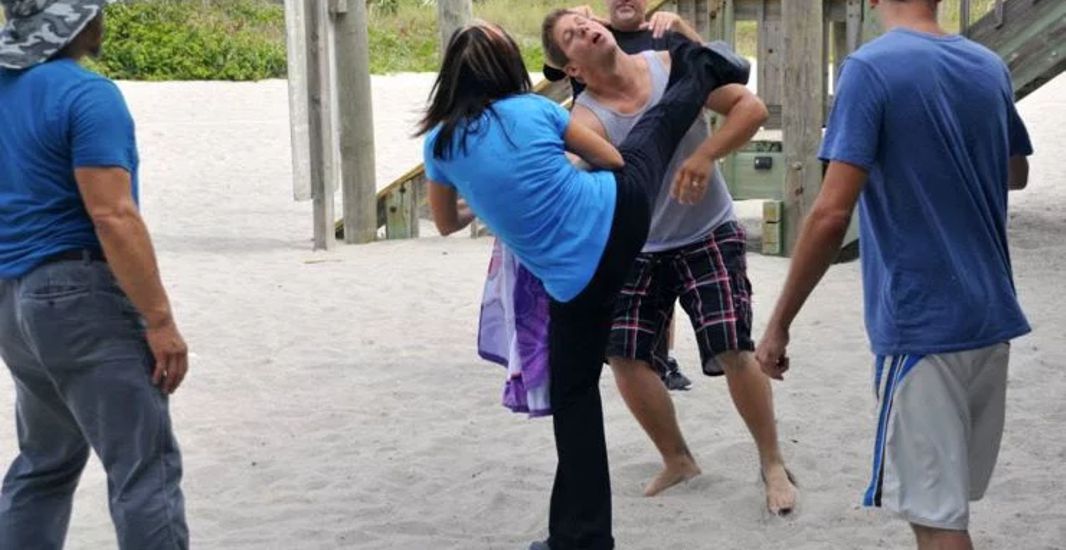 Martial arts/action-movie legend Cynthia Rothrock knows that while the appeal of her upcoming film The Martial Arts Kid lies partly in Michael Baumgarten’s well-received script, many of her fans will be asking a simple question.

Who is she going to fight first?

“The Queen of Martial Arts Films” disclosed the answer to that question a couple of days ago to me.

She will be fighting Eric Kovaleski, whose list of accomplishments definitely make him a formidable opponent.

Kovaleski, who started training in the discipline of Tang Soo Do at the age of three and is currently the youngest Grandmaster of Tang Soo Do worldwide.

“Yes, he’s gonna be one of the (guys) from the bad school that come and actually try to harass us”, explains Rothrock, meaning her onscreen family of Son “The Dragon Wilson and Jansen Panettiere. “They try to intimidate and already know who Jansen’s character is and they know who I am (his aunt). So, there’s a fight scene.”

Though this is Kovaleski’s first time in a movie, Rothrock has confidence in his abilities to pull the scene off, especially with the legendary James Lew helping coordinate things.

“I trust Eric 100% that we’re going to pull off this really, really good little fight scene – and it’s the first time you see me fight in the movie”, says Rothrock.

Eric Kovaleski recently made the cover of the March 2014 issue of “Tae Kwon Do Times”. which is comparable to a football or baseball player making the cover of “The Sporting News” or “Sports Illustrated”. Even the legendary “Black Belt” magazine regards “Tae Kwon Do Times” as one of the top five publications devoted to martial arts in the world – with correspondents everywhere from the USA to Australia to Nigeria.

Kovaleski’s other accomplishments include: Competing on the National Karate Circuit for over 20 years, earning numerous national grand championships as well as a World Championship in Fighting in 1994. Additionally, he has won over 300 trophies in regional, state and national competition in both Forms and Fighting and has been inducted into many karate Halls of Fame and has been selected as the East Coast Representative for the World Tang Soo Do General Federation Moo Duk Kwan for Seoul, Korea.

Eric Kovaleski has also been the recipient of many citations from the Pennsylvania House of Representatives , as well as the Governor’s office naming “Pennsylvania Martial Arts Day” in honor of Kovaleski’s event, the Legends of the Martial Arts Hall of Fame.