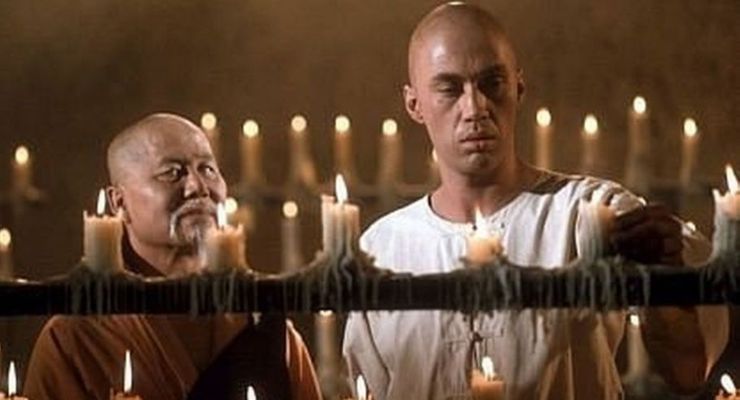 The Kung-Fu TV Series (1972–1975) is an adventure, drama, western television series that takes place in the old American West and includes martial arts action. The series often uses moral precepts based on ancient Taoist philosophy from the Tao Te Ching, a book attributed to the sage Lao-tzu.

The back story behind the series tells us that Kwai Chang Caine is the orphaned son of an American by the name of Thomas Henry Caine (Bill Fletcher). His mother was a Chinese woman, Kwai Lin. Kwai Chang Caine was born in mid-19th-century China and after his maternal grandfather dies, Caine is accepted for training at a Shaolin Monastery. He grows up to become a Shaolin priest and a martial arts expert.

In the Kung-Fu TV Series Shaolin monk, Kwai Chang Caine, travels through the American old West seeking out his half brother, Danny Caine. Kwai Chang Caine must use his spiritual training and his martial arts skills to survive the dangers in the old west.

The pilot episode of Kung-Fu (1972–1975) begins the story in China where Kwai Chang Caine’s beloved mentor and elder, Master Po, is murdered by the Emperor’s nephew. In pain and outrage Caine retaliates by killing the nephew. A price is placed on Kwai Chang Caine’s head and he must leave China or lose his life. Kwai Chang Caine travels to the old west in the United States, where he begins the search for the American side of his family. He finds out that he has s half-brother, Danny Caine. On the journey to find his half-brother, Caine comes up against the violence of the old west and though he is non violent and wishes only to live in peace, he is continually pursued by bounty hunters and forever being placed in positions where he must fight for what is right and protect those who cannot protect themselves. In order to avoid the law and to protect those he has helped, Caine moves on time and time again. 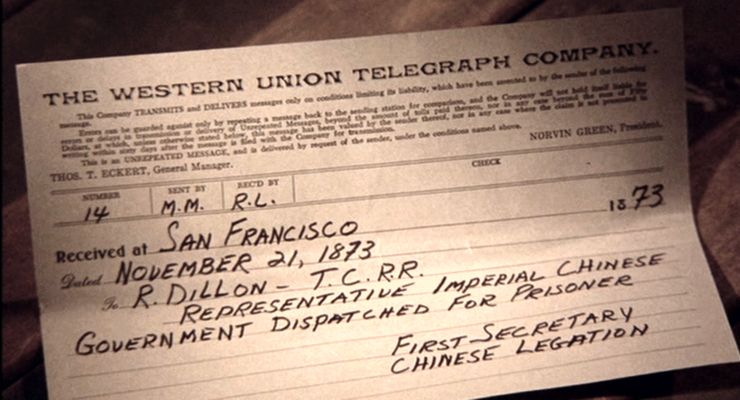 The television series uses flashbacks to share specific lessons taught to Kwai Chang Caine by his Shaolin monastery teachers, the blind Master Po, played by Keye Luke, and Master Chen Ming Kan, played by Philip Ahn. The series places great emphasis on using these flashbacks to show the mental and spiritual power that Kwai Chang Caine had learned from his powerful kung-fu training.

In the series pilot, the young Kwai Chang Caine is given the nickname “Grasshopper” by Master Po:

The ABC series ran from October 1972 to April 1975 and always had good ratings, but the series lasted only 3 seasons because David Carradine felt he was enduring too many injuries while filming the show. During the last four episodes of the final season, Kwai Chang Caine is able to find his brother Danny (Tim McIntire) and his brother’s son, his nephew, Zeke (John Blyth Barrymore).

There were many other stars who were considered or screen tested for the lead role in the Kung-Fu TV Series including William Smith, and John Saxon. Bruce Lee claimed that the idea for a show called The Warrior with the same premise was his and had been pitched to Warner and Paramount, but the show was created without his knowledge. Many felt Bruce Lee should have gotten the lead role. He was Chinese and he was trained in kung-fu. However, it was felt by the powers that be that Bruce Lee’s English was not good enough to carry the role and they were uncertain about whether a Chinese actor would be accepted by the American public. Instead they choose David Carradine who was neither Chinese nor did he know any martial arts when he began filming the series.

David Chow was the technical adviser to Kung-Fu. Early in 1972, Kam Yuen was called by Warner Brothers Studio to be a consultant and to act in the ABC Kung-Fu series, he became David Carradine’s stunt double, and the assistant coordinator for the show. He also became teacher to David Carradine. Numerous other real martial artists had stunt and acting roles in the Kung-Fu TV Series including Gene LeBell, Douglas Wong, Curtis Wong, James Lew and Bill M. Ryusaki to name a few.

Men Behind the Kung-Fu TV Series