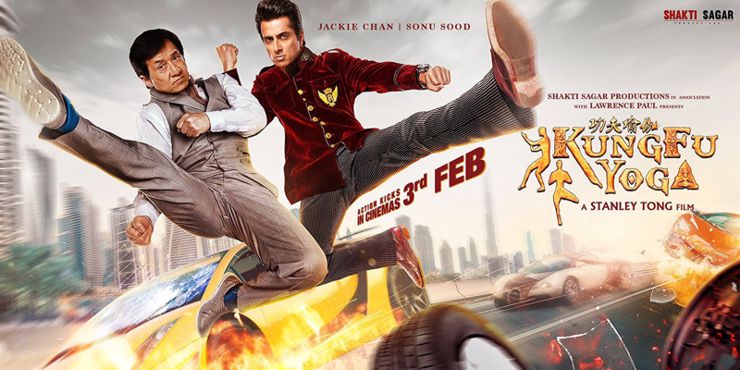 In Kung Fu Yoga (2017) a beautiful Indian professor and her assistant get help from a Chinese professor of archaeology from the Terracotta Warriors Museum in Xi’an and his two assistants as they team up to locate India’s lost Magadha treasure in Tibet. Their adventure takes them from a Tibetan ice cave to Dubai to a mountain temple in India.