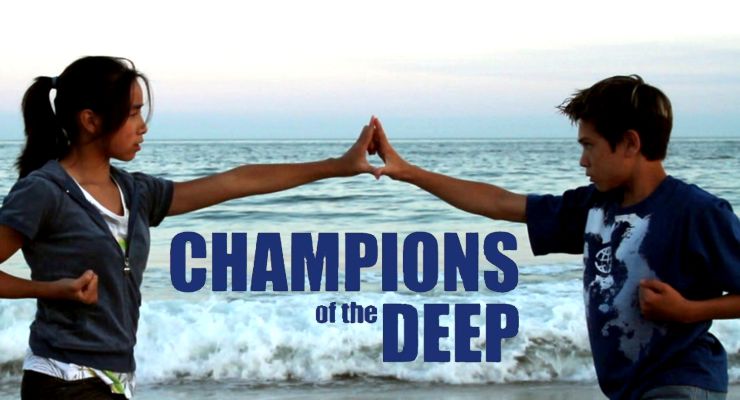 Champions of the Deep – The Sword of the Sea

In Champions of the Deep, Max and May Champion live by the beach where they study a special martial arts known as The WaterStyle. Years ago, they lost their parents in an accident – but they continue to study with their parents’ friend – and their guardian – The Master of The Dojo. The brother and sister compete in karate tournaments, and always do their best.

One day, Max finds an ancient object by the shore. The kids learn this is the missing piece of The Sword of The Sea – a legendary and magical sword of the oceans – known as Aquavere! As they try to figure out the mystery of the sword, Max brings it to the beach, and activates the sword’s power!

When he does – the forces that battle beneath the seas know the sword has been found. Each send their heroes to retrieve the sword. Kalyko fights for the knights of Atlantis. And the darker forces send Dahawanay – a dark knight of the deep.

The kids and their Master join forces with Kalyko – to keep the Sword of The Sea in the hands of the helpers of the waters.

And the Battles Begin!