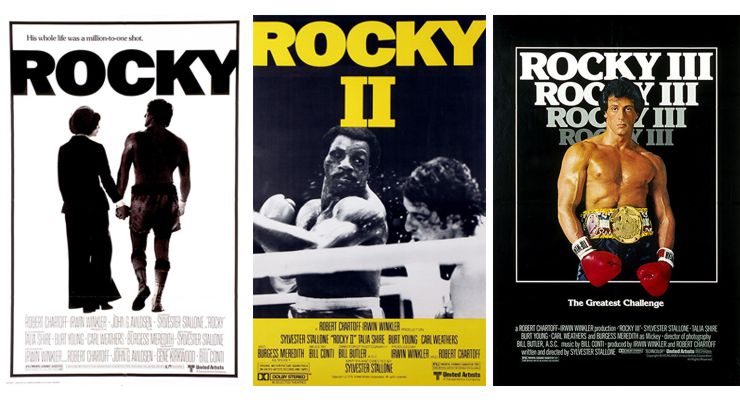 The Rocky movies are a series of eight boxing films. The first film and its six sequels centered on the boxing career Rocky Balboa, played by Sylvester Stallone. The seventh and eighth films Creed (2015) and Creed II (2018) are about Adonis Creed (Michael B. Jordan), the son of Rocky’s deceased rival and his friend Apollo Creed (Carl Weathers). These film center around the training of Adonis by the retired Rocky Balboa. All the Rocky films were written by Sylvester Stallone and the Creed films, by Ryan Coogler and Aaron Covington. The original film and the fifth in the series were directed by John G. Avildsen, Creed was directed by Coogler, Creed 2 (2018) will be directed by Steven Caple Jr., and Stallone directed the other films in the series.

Rocky Balboa, a small-time boxer, gets a supremely rare chance to fight heavy-weight champion Apollo Creed in a bout in which he strives to go the distance for his self-respect.

Rocky struggles in family life after his bout with Apollo Creed, while the embarrassed champ insistently goads him to accept a challenge for a rematch.

After winning the ultimate title and being the world champion, Rocky falls into a hole and finds himself picked up by a former enemy. 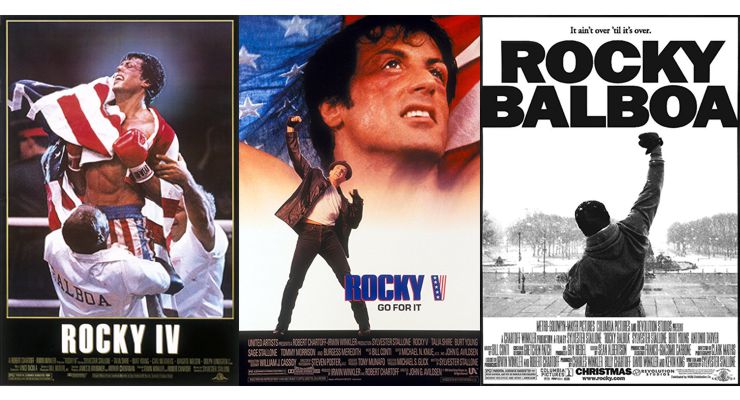 Rocky Balboa proudly holds the world heavyweight boxing championship, but a new challenger has stepped forward: Drago, a six-foot-four, 261-pound fighter who has the backing of the Soviet Union.

Reluctantly retired from boxing, and back from riches to rags, Rocky takes on a new protege who betrays him, as the champ’s son must adjust to his family’s new life after bankruptcy.

Thirty years after the ring of the first bell, Rocky Balboa comes out of retirement and dons his gloves for his final fight; against the reigning heavyweight champ Mason ‘The Line’ Dixon. 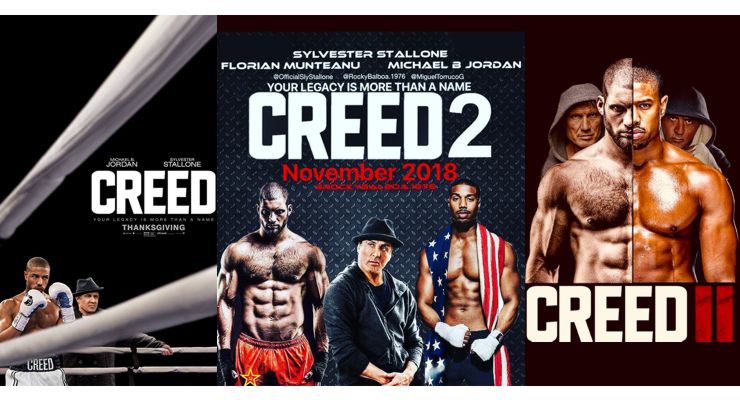 The former World Heavyweight Champion Rocky Balboa serves as a trainer and mentor to Adonis Johnson, the son of his late friend and former rival Apollo Creed.

Under the tutelage of Rocky Balboa, newly crowned light heavyweight champion Adonis Creed faces off against Vitor Drago, the son of Ivan Drago.