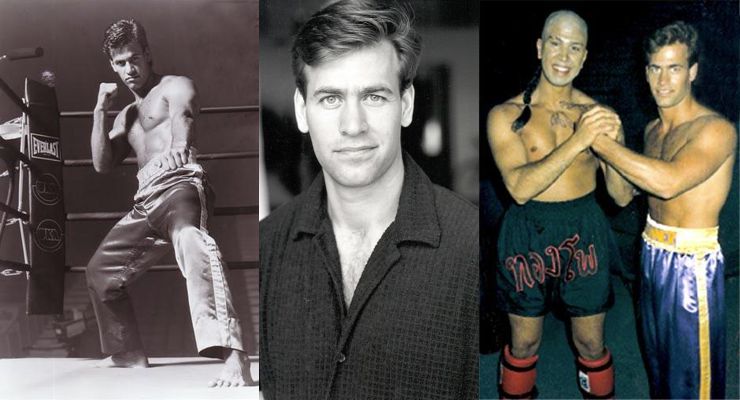 Like many other world champions back in the 1990’s, North American Cruiserweight Champion, Vince Murdocco, was able to use the fame he gained in competition to help him transition from kickboxing to films. However, unlike others, Vince made his film debut in a softcore porn comedy, Flesh Gordon Meets the Cosmic Cheerleaders (1990), where he played Flesh Gordon. He was then able to move into martial arts action films, starring in Kickboxer 2: The Road Back (1991) as Sasha Mitchell‘s former friend who must face off with the Muay Thai machine Tong Po, played by Michel Qissi. Vince went on to work for PM Entertainment starring in a variety of films. In Ring of Fire (1991) with Don “The Dragon” Wilson he played Chuck, a racist kickboxer. He then played Duke in Joseph Merhi‘s To Be The Best (1993) with Michael Worth and with Art Camacho fighting and doing the fight choreography. Next is Cynthia Rothrock’s Sworn to Justice with martial artists Stephen Quadros, Eric Lee, Art Camacho, Ewart Chin, John Corcoran, John Graden, Marcus Young, Robn Meeks and others. In the video Private Wars (1997), with bad guy James Lew and fellow prisoner, Art Camacho, he plays Eddie, a former jailbird turned hero. After playing Alex in the TV movie, Death Game (1997), he played a government agent in The Barber (2002). He then went on to do stunt work in X-Men: The Last Stand (2006), and The Incredible Hulk (2008), The A-Team (2010) and The Grey (2011).