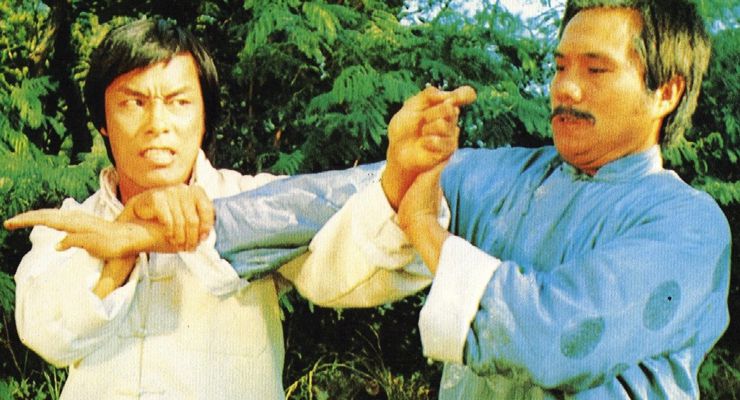 Hong Kong actor James Tien was born on May 28, 1942 in Chao’an County, Guangdong, China as James Tien-chun. An actor primarily in Hong Kong action cinema, he appeared in almost 70 films including those of martial artists Bruce Lee, Jackie Chan and Sammo Hung. He often played villains, bullies or took on supporting roles. He retired from the Hong Kong film industry in 1996.

James Tien moved with his family to Hong Kong in 1958 and he became a student of the Fu Sheng Opera School in Taipei, Taiwan, along with Angela Mao and Philip Kwok.

His acting career began in the late 1960s, when he joined Shaw Brothers Studio. His first significant acting role was in the film Raw Courage (1969), directed by Wei Lo. After appearing in a number of other Shaw Brothers films, James Tien moved to Golden Harvest, where he played Bruce Lee’s cousin in The Big Boss (1971). This was followed by a role in Bruce Lee’s next film, Fist of Fury (1972). He was originally intended to co-star in Game of Death (1978), but his role was limited after Bruce Lee’s death in 1973.

James Tien starred in John Woo’s Hand of Death (1976), a film that also featured early acting roles from the “Three Brothers”, Sammo Hung, Jackie Chan and Biao Yuen. James Tien appeared in The Iron-Fisted Monk (1977) Sammo Hung’s directorial debut film. James Tien went on to receive roles in many of the other “Three Brothers” films for Golden Harvest. He played roles alongside Jackie Chan in Spiritual Kung Fu (1978), The Fearless Hyena (1979) and Dragon Fist (1979). He played alongside Biao Yuen in The Prodigal Son (1982), Rosa (1986) and Righting Wrongs (1986), and with Sammo Hung in films such as Millionaire’s Express (1986) Eastern Condors (1986) and The Gambling Ghost (1991). James Tien also had roles in most of the handful of films that starred all “Three Brothers” together, including Winners and Sinners (1983), My Lucky Stars (1985) and Dragons Forever (1988).

James Tien appeared with Andy Lau in the films Lee Rock (1991) and Lee Rock II (1991). His last acting role was in the final Lucky Stars film, How to Meet the Lucky Stars (1996), and after this film he retired.