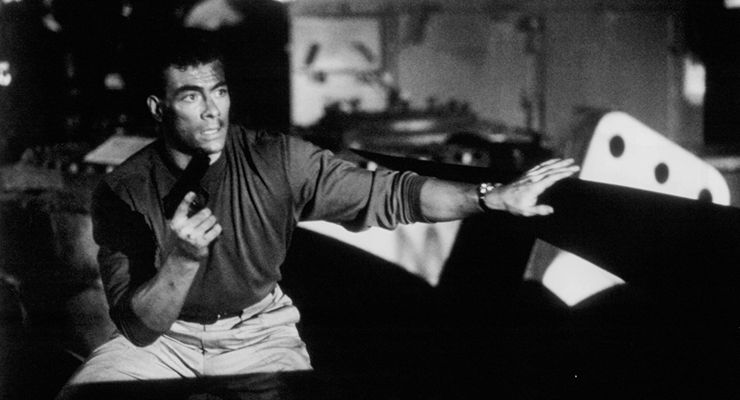 Double Impact (1991) is an American action film about Twin brothers who were separated 25 years in the past after their parents were murdered. They have now been re-unite with the goal of avenging their parents’ death. The film is directed by Sheldon Lettich who also wrote the screen story along with Jean-Claude Van Damme, who produced the film. The film also stars Jean-Claude Van Damme in a dual role of both Chad and Alex Wagner. Also starring in the film are Geoffrey Lewis, and Alonna Shaw, Bolo Yeung, Alan Scarfe, Philip Chan, Corrina Everson and Andy Armstrong.

Jean-Claude Van Damme had numerous reasons for writing, producing and acting in Double Impact (1991). One of the reasons was to show his ability to play conflicting roles which he felt would help to change his image. Jean-Claude Van Damme said about the twins, “One of them is violent and the other is not, so the audience can see the contrast in my work.” “This picture has comedy, romance, and a love story, so it is not all action and fighting. When I fight on screen, I blend dancing and fighting. Grace plus power is very nice.”